Last summer,  I had the privilege of going to one of the coolest places in the history of the world….the gorgeous and captivating country called Israel.

When my husband first asked me to tag along with him on this work trip, I almost said no. Was it really even safe there? Isn’t that where the news reports of bombs exploding in the Gaza Strip and West Bank?

My husband chuckled a bit when I mentioned this! He’s been a few times to Israel and reminded me that the news media can get carried away.

He assured me that it was mostly a peaceful place. “We go to Chicago all the time, and it has one of the highest crime rates in the country. Besides, Tel Aviv is nowhere near Gaza or the West Bank.”

Well, ok, then – point taken! I packed my bags and tagged along…….and it ended up being one of the best travel decisions I have ever made in my life! If you ever get the chance – take it. Israel is spectacular and like no other place on Earth. 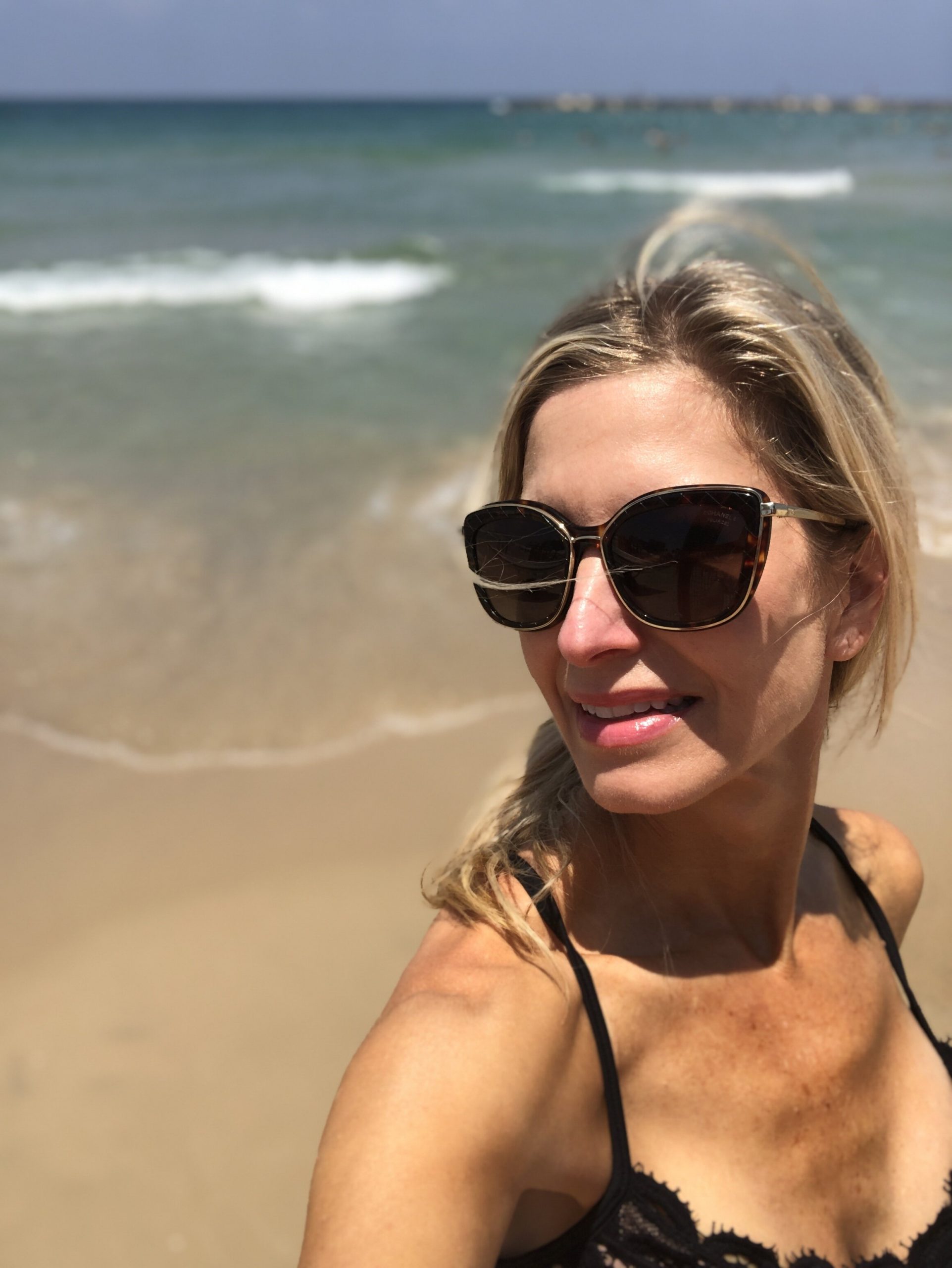 Tel Aviv and Jerusalem are two cities with so much culture, history and some of the most gracious people I have ever met. Both are diverse societies with open-minded people. After my first day there, I felt almost silly about my original hesitation.

Just a short walk from our hotel in Tel-Aviv is Jaffa, one of the oldest port cities in the world. It’s a maze of stores and cafes, with this Clock Tower right in the middle of the city. We loved strolling down the boardwalk near the ocean and people-watching.

Honestly, as a naive American, I have to admit… the first time I  heard the loudspeaker call to prayer, I was a bit nervous. But Andy told me that it’s just a tradition, and it’s broadcast loudly so people can hear it over the noise of the city. It serves as a reminder for Muslims to pray, and apparently I am not the only one disturbed by it. Many in Jaffa have tried to ban or outlaw the calls, but it’s still part of the soceity in Jaffa. 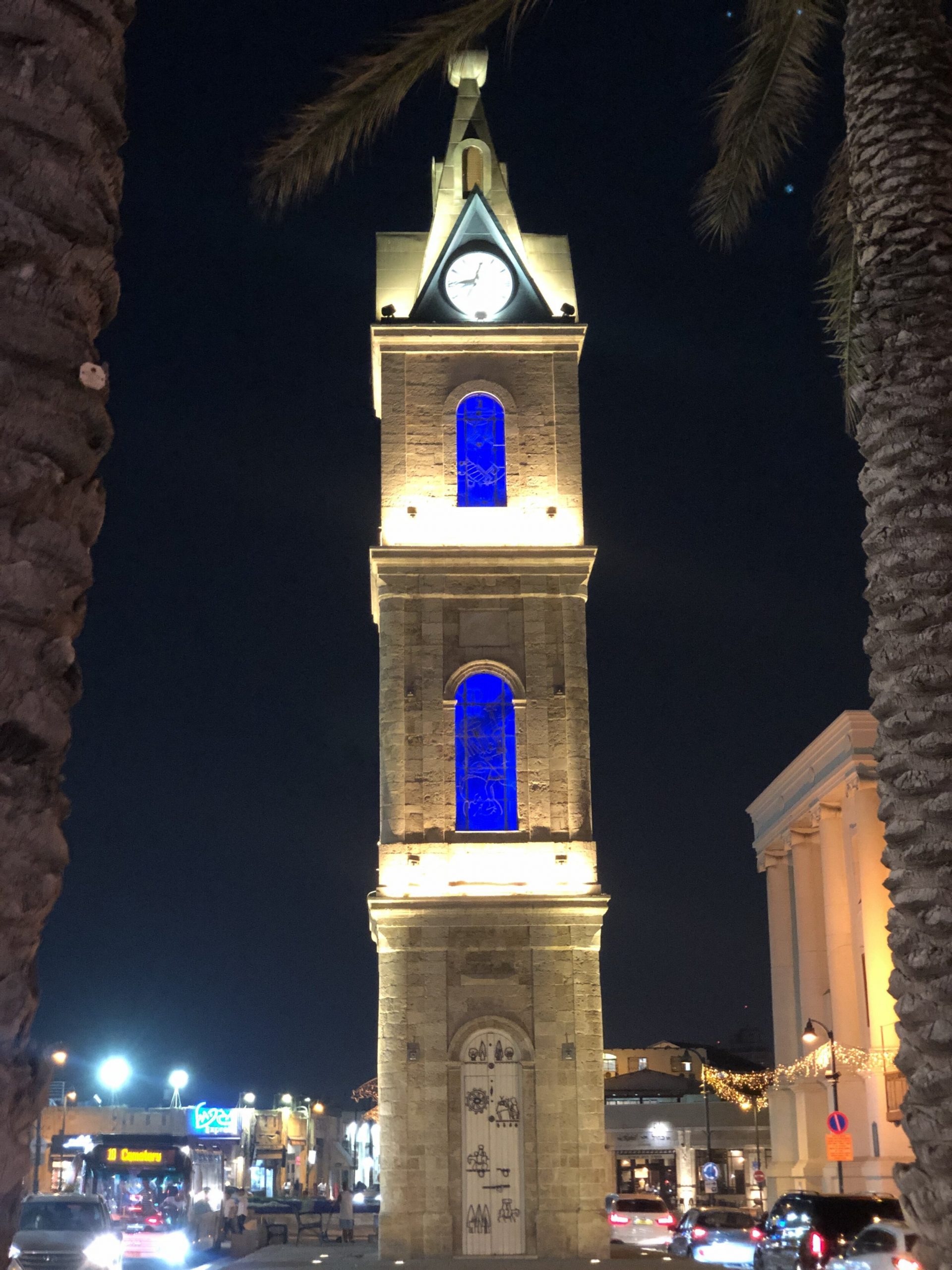 We stayed at the  @isrotelhotels Royal Beach Hotel.  It was across the street from the beach and offered 5-star amenities and amazing customer service. The pool there was spectacular and offered an amazing view of the ocean. If you get a chance to visit Tel Aviv, I highly recommend staying here or at The Setai.

The most popular and trendiest stores are located in the heart of Tel Aviv on Sheinkin and Dizengoff Streets. If you are into high-end fashion head to Neve Tsedek or Kikar Hamedina, where you can find local or international brands. Mel Boutique had a great selection of women’s shoes and jewelery. The shopping here was a fun experience! The boutiques here offer a mix of boho and classic styles, mostly with a European influence. I wish I would have had more time to explore!

When in Israel – visiting Jerusalem must be on your list! About an hour’s drive southeast of Tel Aviv, it makes for a great day trip. Only one square kilometer in size, Old Town Jerusalem is perhaps one of the most staggeringly beautiful places I have ever visited. I was in awe entering the huge gates, only to see small cobblestone streets inside. I expected it to be much bigger honestly.

We were so lucky to have a  Jewish tour guide with us. He gave us a deep dive into the culture and background of the city. The Old City is at the center and really is like stepping back in time. It was shocking to see the different quarters…Jewish, Muslim, Christian, all right there next to each other, existing together very peacefully. I’m not sure what I expected….but it was shocking and amazing and surprising all at the same time!

Our first stop was the Tower of David….this is a picture of me and Andy at the top, overlooking the entire city. The view is staggering as you can see. Over to the right, there was a bat mitzvah going on. It was the coolest thing to see the family singing, music blaring, kids dancing. 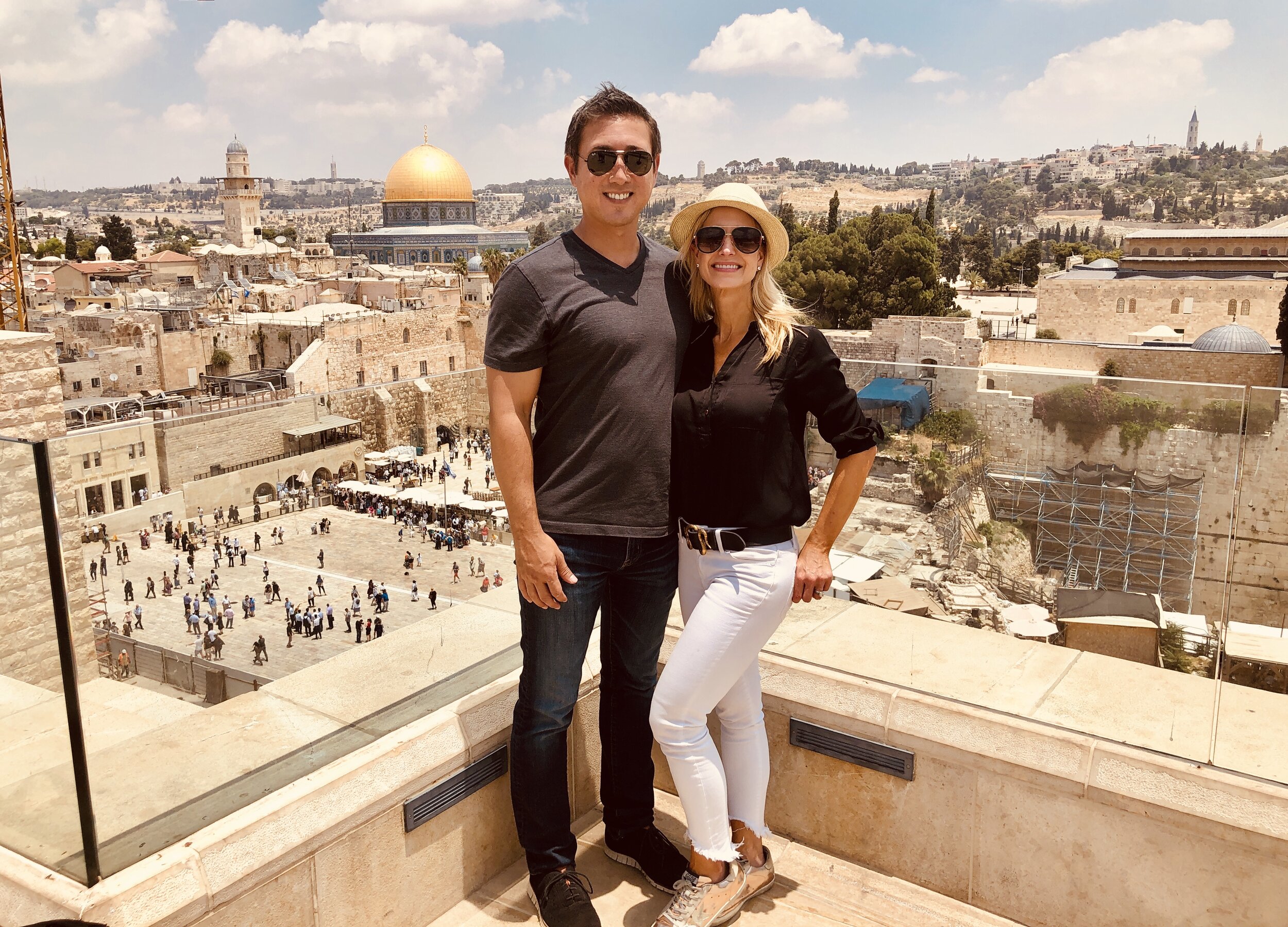 The wailing wall is down below us to the left. It’s a limestone wall that is named for the tears that are shed as one prays at it.  The wall is divided to separate the genders  – one side is for men and the other side is for women. I could see from the Tower of David that the men’s side was twice as long and wide, giving ample room for every man or boy to have access to the wall to pray.

The women’s side was small and very crowded. I waiting in line, rows and rows deep of young girls and women, including some Ulta-Orthodox Jewish girls. Many were weeping and praying as they laid their heads on their hands, resting upon the wall. I felt like an intruder, witnessing their special moment at the wall.

Many people visiting the wall wedge written prayer notes in between the cracks.  As a Christian, I wanted to follow the tradition, so I also left a prayer behind, trying hard to wedge my tiny paper into the overflowing cracks, hoping it would stick.

Here are my must do’s for visiting Jerusalem:

Hire a tour guide to take you through the old town. They have a deep knowledge of the city and its history. They can share stories that you wouldn’t hear anywhere else.

Visit The Tower of David as your first stop , right next to the Jaffa Gate entrance.  This is unquestionably one of the main historic landmarks of this historic place. Head to the top and enjoy the sweeping panoramic views, unlike anything I have ever seen before. Be sure to have your camera handy!

Shop the Jewish and Arab Market. Strolling through these small enclosed markets was quite and experience! Be ready to bargain, eat some amazing hummus and enjoy the best people watching I have ever seen! 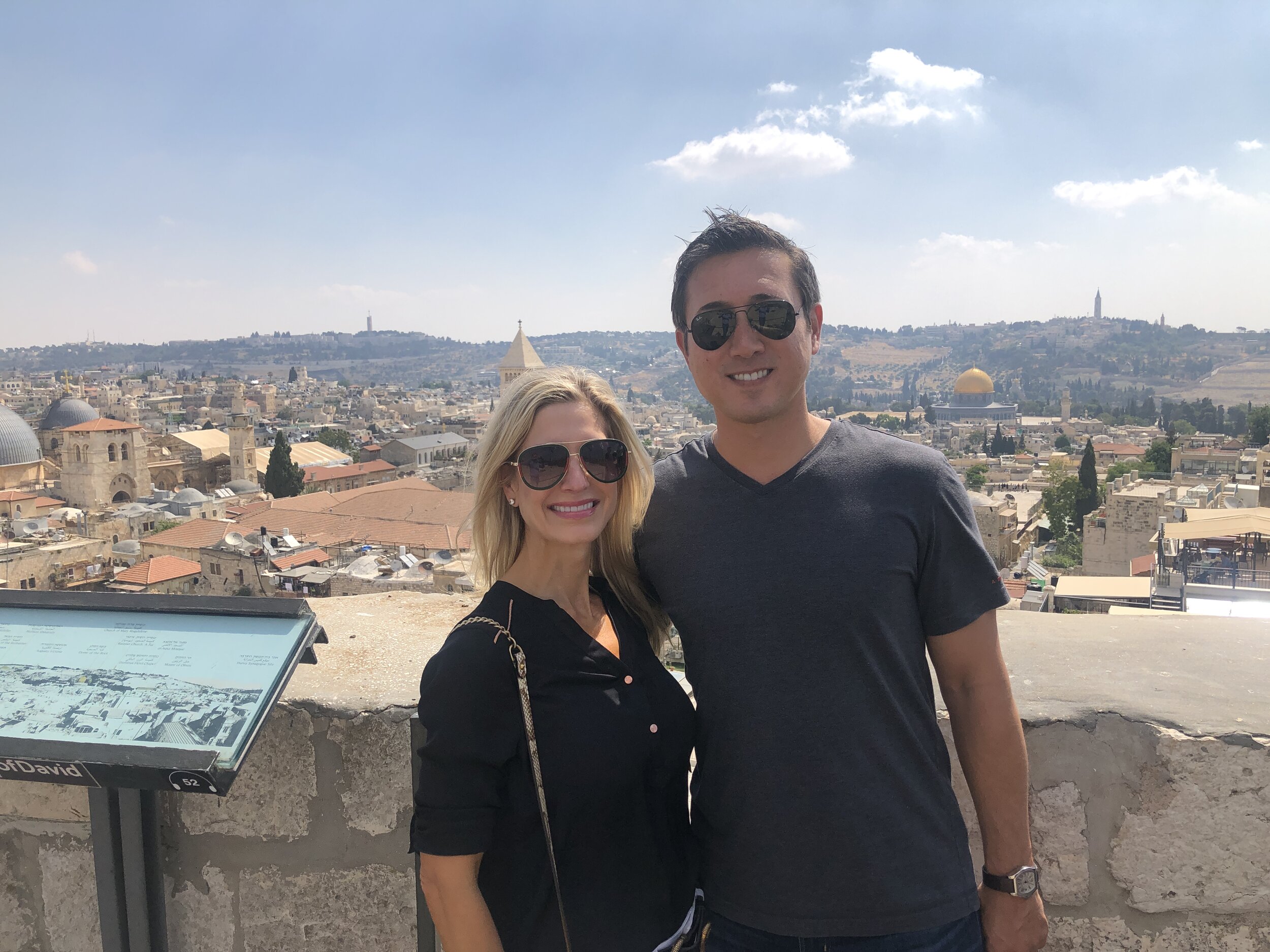 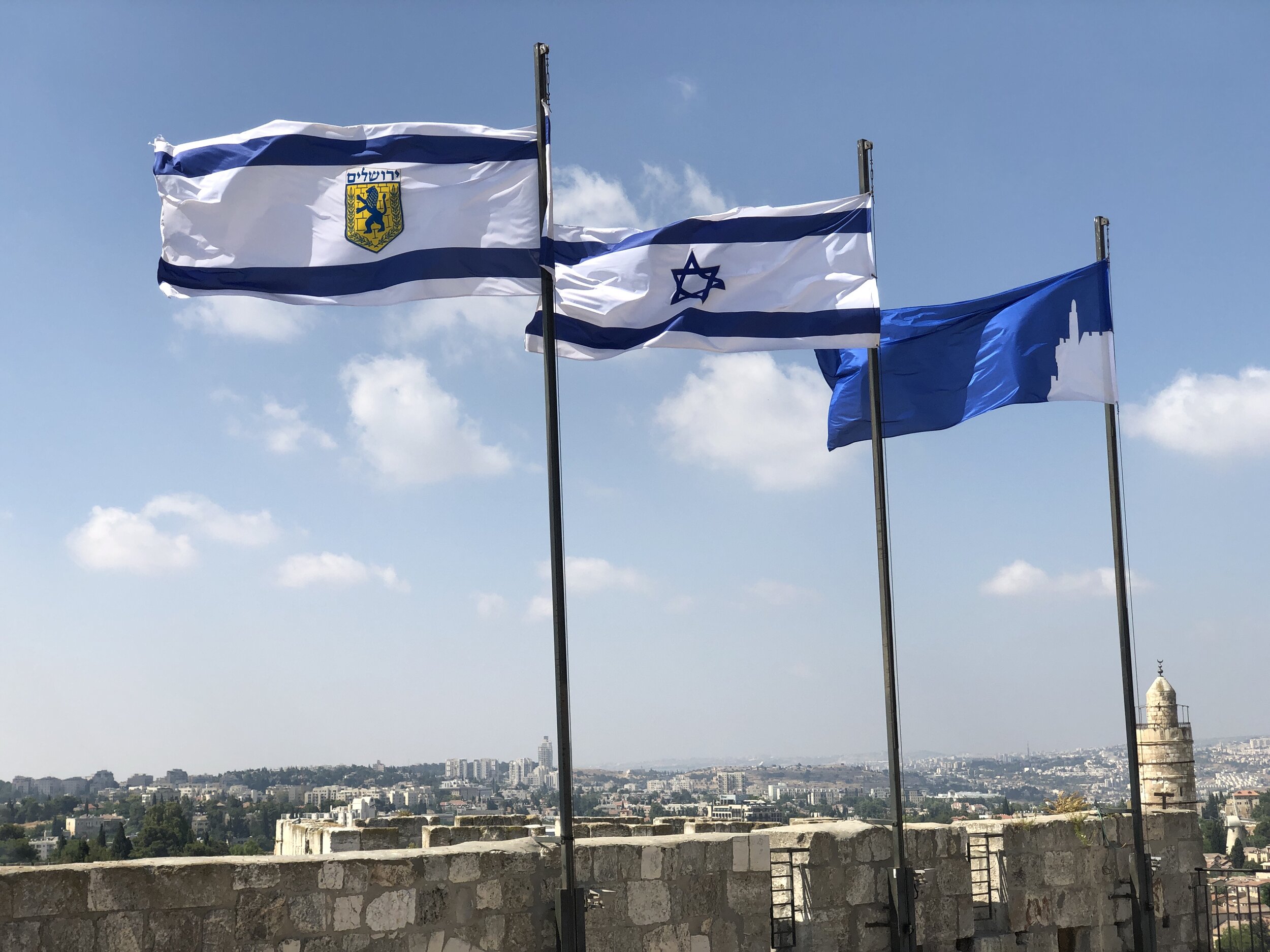 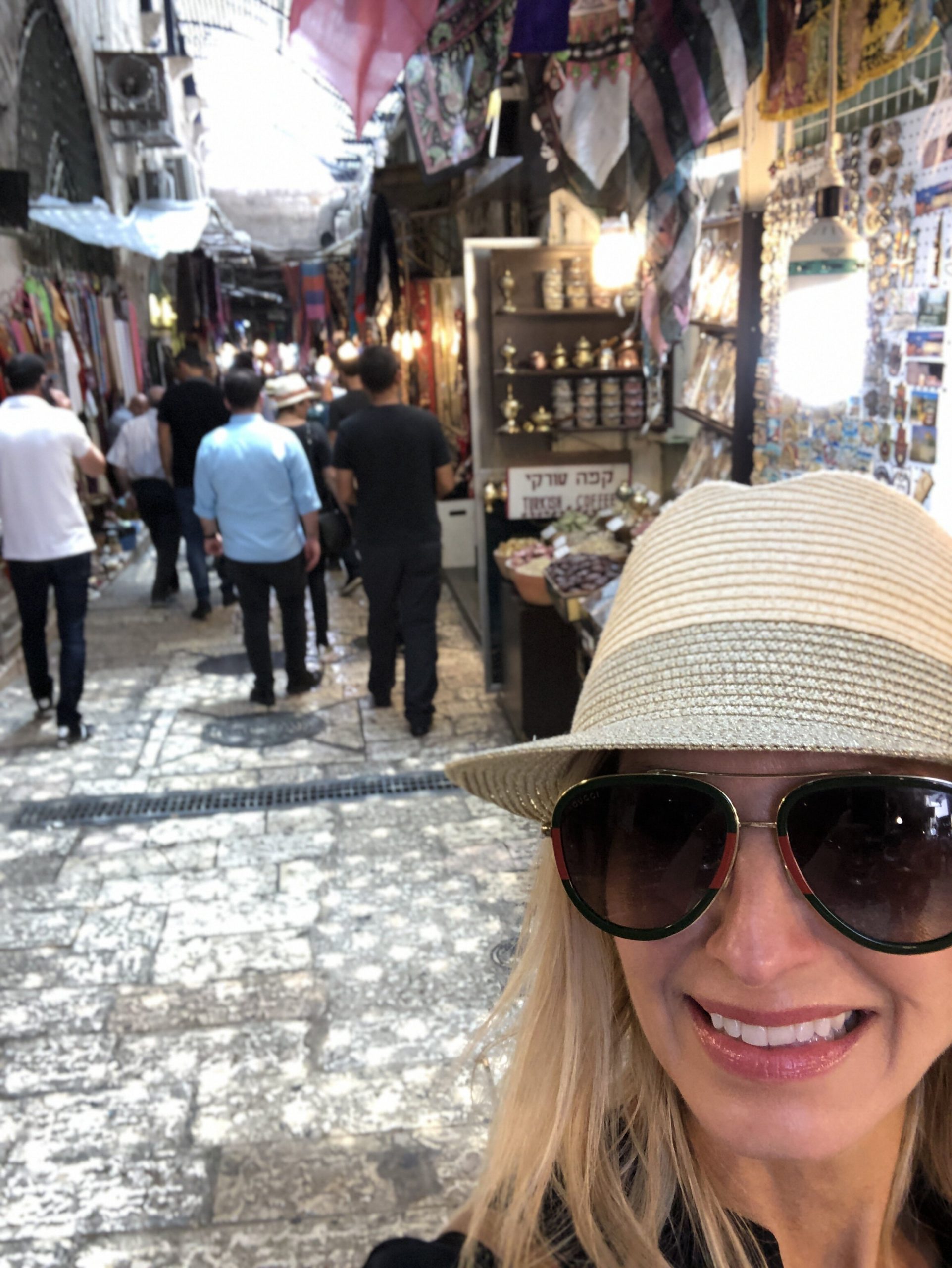 L-R: Merchant in the Arab Market, at the top of the Tower of David, Old Jerusalem Tower of David Flags, me shopping in the Jewish Market.

I had the most incredible time in Israel – it really opened my eyes to other parts of the world. It also made me appreciate other cultures and I wouldn’t hesitate to recommend it to anyone! I included some video I took while there – hope you enjoy them! Be sure to follow me on  Instagram @donnatryba, where I share more of my adventures (along with fashion and fitness tips.) Sending air hugs and much love from Austin, Texas. xo,dt 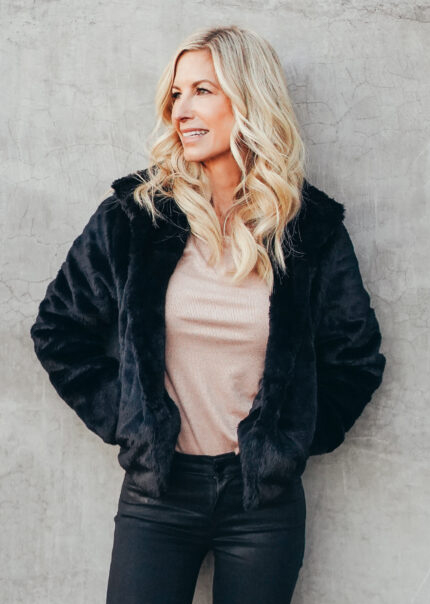 Subscribe to my newsletter and get my easy-to-follow free INTERMITTENT FASTING EATING GUIDE!

This  7 day plan will help you slim down and still feel your very best!